This week is my 9th birthday.

At least I think it is.  About once a month I have a moment with God that leaves me feeling like I just got saved.  It’s hard to say for sure when my heart was made alive, but 9 years ago was the moment of my first sort of  regenerate experience, so we’ll go with that.

The years since then haven’t been all kittens and butterflies, but they have been filled more and more grace; more and more of Him. 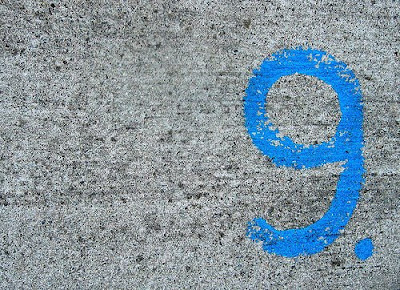 He made me a promise nine years ago.  It was the same promise He made His people thousands and thousands of years ago:

I will not turn away from doing good to them. And I will put the fear of me in their hearts, that they may not turn from me.  (Jeremiah 32:40)

It hasn’t always felt like that was true, but it always has been.  When I look back at the past nine years, I know it.  I see Him keeping that promise in the highest peaks and the lowest valleys He’s written into my life.

Year One: (1) friendship (2) bible.  I became a Christian overnight.  I met Jesus and wanted to follow Him but I had no idea that I was supposed to believe the Bible or get plugged in with community or start obeying Him.

God knew I couldn’t make it alone so He saved my best friend Leanne at the same time.

While everyone else was living up their last year at University, Leanne and I were huddled in her dorm room late at night pouring over the Psalms and eating God’s Word like it was chocolate cake.  We had no idea how to read the Bible; we had no idea about inerrancy or sufficiency.  We’d skip the parts we didn’t like or couldn’t make sense of; somehow, despite ignorance and unbelief, God kept us tied to His Word.

Year two: (3) CS Lewis.  After college I moved to Austin.  I lost Leanne and with her I lost any kind of accountability or consistency in my walk.

I’d always loved reading and I’d always love C.S. Lewis, so God in His sovereign kindness, used him to persevere me.  I remember sitting in coffee shops, trying to hold it together because Surprised by Joy had given words to feeling I couldn’t articulate.  I remember scribbling furiously into a notebook with Mere Christianity pressed open, feeding my desire to answer all the questions inside of me.

Year three: (4) true community.  Close to the end of that second year with Jesus, I was at lunch with one of my best friends.  I mentioned God and she responded in surprise: ‘oh! I didn’t know you were a Christian!’  I was devastated.  I couldn’t believe she had been in my life for a year and didn’t know about the part of me I allegedly valued most.

I came home and sent emails to every church I could find.  I needed help.  One church responded with about 15 different messages.  They wouldn’t take no for an answer.  And I’m so glad.

I didn’t fit in at the church, but neither did about 4 or 5 other people.  Together our small group of outcasts became a true community. The relationships I found in those years are still some of the most valuable in my life.

Year four: (5) conviction (6) transparency.  In year four, that sweet community wrapped around me and challenged me to live a new kind of life.  It was the first time that people in my life actually began to share with me about a different way of living that came with knowing God.

I didn’t like it.  I didn’t want to change.  I told this to everyone who would listen.  Everyone except God.  Finally my community challenged me to say it to His face.

So that night, I lay in bed and tried to be transparent with the one person who knew my heart.  I tried to explain to God that it was time to quit Him.

I couldn’t really get the sentence out before my heart broke into a million pieces.  I was a crumbling mess of faith and repentance.

Maybe that’s when I actually got ‘saved’.  Maybe I’m five not nine.

Year five: (7) A church home.  I’m not sure why I went, but the first time I sat in the bleachers at Austin Stone, I felt like I was home.

I became a partner as fast as I could, and I got baptized that year.  My spiritual gifts began to emerge; I found a place where I could ask questions and find answers and no one got nervous about how transparent and crazy I was.