[10 years ago this week, I was born and I thought, to celebrate the occasion I would share this story: my story.  I wrote this all down when I was about 23. I can hear all that I was learning about God even in these words. Much has changed. But much is the same as well.  Enjoy.]

I have a hard time describing what I believed then.  I think I thought I believed.  It wasn’t until I finally did believe that I realized I hadn’t before, if that makes any sense.

I moved in with my friend Leanne over the summer of my second year of University, and she ended up asking me to come to this event called Soul Survivor which takes place in the Fall in South England. 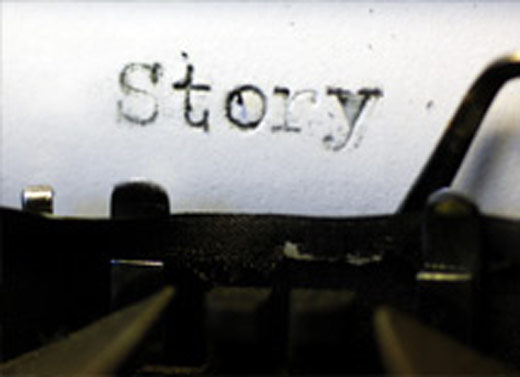 I said yes, way in advance, before Leanne and I were really great friends.  She’d just agreed to let me stay in her house, and I really liked her.  She asked me to come to this event, and I couldn’t really think of a way to say no.

As it neared August, I remember thinking that there was nothing I’d like to do less than go to some sort of Christian function.  I remember hinting to Leanne that I didn’t want to go, hoping she’d let me off the hook.  But, we had both already paid the money, and it was one of those things that just kind of happens to you.

Soul Survivor was horrible for me.  It just seemed kind of boring and intimidating and crazy.  I didn’t do very well at the time with people who put their hands in the air while singing Jesus songs.  I didn’t really understand the point of that except to say “look at me! I love God! Aren’t I great?!”

Now, I can see, that sometimes when you worship you have nothing to offer, nothing to bring, and you stretch out your arms, almost in an attempt to give yourself to God.  Sometimes people raise their arms like a child reaching up to ask their Father to pick them up.

At the time, it just frustrated me, and made me weirdly resentful.  I was in this huge tent with thousands of people and I had to sit down, and put my head in my hands in an attempt to stop feeling so angry with these people.  I remember looking around and thinking, who wouldn’t feel something?  Seriously, if you are in a place where thousands of people are screaming, or yelling, of course you are going to be overcome with some sort of feeling.

I remember leaving the sessions to return to my tiny tent with Leanne.  I remember lying in the dark wondering if I believed in God; wondering if I could believe in God.  I had so many questions, so many things that didn’t add up.  I lay there and wondered if those doubts would ever be quieted.

The week progressed.  I came to think that maybe I did believe in some kind of force behind things, a loving force.  And I was totally on board with calling this loving force ‘god.’  But, I didn’t see a need for this ‘god’ to really affect me too much.  I thought that my ‘god’ existed, and I liked singing to him, and I felt pretty sure he’d bring me back to life when I died.

I sat there while those around me flung their arms in the air during the final Saturday night’s opening worship session. Was I was the only one troubled by the inconsistencies in their version of God?  This Christian God, who was supposed to be all about love, but sent people to Hell.  How could I be happy in Heaven without people I loved?  More importantly, how could these people call themselves human when they got on board with him.  They would follow their version of God no matter what he did or said.  To me, that just seemed like a cult.  Like they were a herd of sheep.  Of course, in a glorious way, they were sheep.  I was just too proud to join them.

Pride is something that often gets on top of me, but I remember in that moment, during that night of worship, being consumed to the point that I thought I might have to leave the tent.  I don’t think it was because I thought I was better than these people, although I guess on some level that’s what it was.  I felt smart enough not to stand and praise something I couldn’t even see, something that couldn’t be explained and didn’t make sense.

I didn’t leave though.  I sat there until the worship ended, and then a woman got up to speak.

[to be continued tomorrow…]